With only a week until the release of my latest novel, The French Escape, Jennie Bohnet is here to round up the series. If you’ve enjoyed these posts, I’m pleased to say I’ll be renewing them soon. I’ve had lots of messages from other escapees wanting to get involved, so watch this space.

Until then, here’s Jennie to tell us about her journey across the channel. And talk about an adventure!

Oh dear! Reading everyones detailed plans of how they thought through, organised everything and planned their French Escape in the proper way, I feel I should take myself off and sit on the naughty step.

You see at the time we didn’t know we were escaping to France for real. We thought we were taking timeout to re-charge our batteries – regroup for an unknown future if you like. We’d been through a very bad patch financially. I won’t bore you with the details, but we were basically broke and our home was up for sale. Weknew when the house did sell the proceeds would be distributed to clear the outstanding mortgage and our debts and we would be left with very little, nowhere to live and nowhere to go. Two middle-aged people with their life in tatters basically. So when Richard casually said, ‘How d’you fancy cycling the canal paths down to the South of France?’I agreed with an enthusiastic YES without a second thought! (Well I am an Aries!) I’d only ever been abroad once before to visit our son in Antibes and had fallen in love with the Riviera. It would be a small adventure before we settled back down to the rest of our lives in England. It hasn’t turned out like that though.

When the house finally sold, we stored a few personal effects with family and friends, bought two bikes, a small tent and a trailer for behind Richard’s bike. At that time the quarantine laws were still in operation and we debated about leaving behind, with family or friends, our almost fifteen year old collie dog, Holly. Taking her with us meant we would be committed to staying in France until the laws changed or she’d gone to dog heaven. We couldn’t leave her, so she was introduced to her travelling trailer which she loved from day one.

Because we were in Devon the easiest channel crossing was from Plymouth to Roscoff, which also decided the fact that we‘d ride the Brest to Nantes Canal, catch a train to Bordeaux from where we’d pick up the next canal and then the famous Canal du Midi down to the south. See – we did plan something! Then we discovered as foot passengers with bikes we couldn’t take

Holly. So it was decided our daughter and two of her children would accompany us to France in our car, stay overnight and catch the morning ferry back home with the car which was now hers. As Emily said as we waved her back onto the ferry, ‘It’s normally children who leave home.’ It was a strange moment I have to admit. I think we all wondered what on earth we thought we were doing. We had a naive faith I suppose that things would just work out and they did – mostly.

A favourite canal side restaurant and auberge.

On our way south we saw a lot of France, made new friends and had one or two minor mishaps (and one major) but overall it was a fantastic experience that I wouldn’t have missed for anything.

That was 19 years ago. The first eleven of those years were spent on the Riviera where Richard eventually found work as a guardien of a villa and I began to write seriously. We’ve been back to the UK just three times since – family visit us here. Seven years ago we bought a quirky cottage up in Brittany and now live in a small hamlet in the countryside.

In the beginning I know friends and family thought we were mad when we said we were going to cycle down the west coast of France along the canal paths. Maybe we were. But it has truly turned out to be one of the best unplanned decisions we’ve ever taken.

Ready for aperitifs on the terrace of our cottage. Santé! 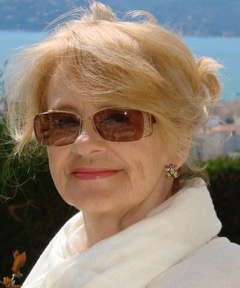 Two of my books, Rosie’s Little Cafe on the Riviera and Summer at Coastguard Cottages have been Amazon bestsellers in their Holiday list. My latest, A year of Taking Chances published by HQDigital/HarperCollins was published earlier this year. I’m currently writing my 14th novel. When I’m not writing I love reading, cooking and having friends around for lunch – lunches that follow the French tradition of lasting for several hours. 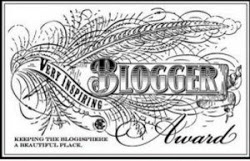 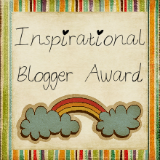